Skanska UK has announced a number of new executive and senior management appointments, including the appointment of three new managing directors.

The changes follow the expansion of the executive management team in February 2015 and the departure of executive vice president Bill Hocking for Skanska last month.

Andrew English takes over the role of managing director for utilities, promoted from his current position of commercial director for civil engineering.

James Richardson is promoted from operations director to managing director for civil engineering.

Adrian Cooke is promoted from senior operations director to managing director, infrastructure services, taking over from Greg Craig, who was promoted to the executive management team in February 2015. [See previous report here.]

Skanska UK president and CEO Mike Putnam said the appointments “demonstrate our commitment to nurturing our talent and promoting from within, in line with our determination to be a leader in people development”.

More than 750 new employees joined Skanska UK last year and the company expects to recruit a further 1,000 people over the next 18 months. 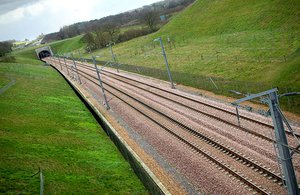 It’s all very well training civil servants in project management, but the ministers and permanent secretaries that make the decisions…

Skanska has signed a contract with developer Helical Bar to build a 17-storey office block in the City of London….

Heathrow Airport has announced a package of measures designed to encourage approval of its proposal for a third runway. Heathrow…

Skanska is looking to take the lead on using 3D printing to create concrete sections for its UK projects. Skanska…

Skanska has set up a joint venture, called Skylark, with green energy company Ecotricity to build wind farms in the…

Developer Land Securities has handed Skanska a £97m contract to build a new office development in central London. One New…

This site uses Akismet to reduce spam. Learn how your comment data is processed.

This site uses cookies to improve your experience. Read more.